The world is changing and modifying every second of a minute. To live an interesting life we need powerful high-tech gadgets. There you have it parents a rundown of the eight most crazy developments from everywhere throughout the world.

Some people don’t know how to ride a bike, most of the time it’s because they haven’t really figured out how to balance. The Urmo is a compact new self-balancing scooter that is a compact and maneuverable personal electric transport. Unlike other self-balancing scooters, the Urmo has a unique folding design that saves space at home or at the office and is created with the use of materials such as carbon fiber and aviation-grade aluminum that allows the device to be relatively lightweight around 6.5 kilograms. It chugs along at a speed of 15 kilometers an hour and charges to full strength in about two hours which can then be used to travel for 20 kilometers. 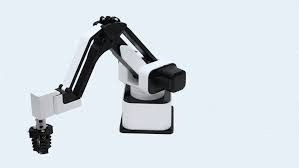 Remember Jarvis the robot assistant from iron man, well Rotrics is exactly like that. It is an innovative desktop robot arm capable of performing a large number of tasks. All you need to do is change the work tool at the end of the arm and Rotrics can carry out any task from engraving metal to 3D printing. If you’re feeling bored or in need of a challenge Rotrics can also beat UHS, making this robot equally competitive at both works and play. Yet another application of this unique robot you can make use of several devices to create a small production line. 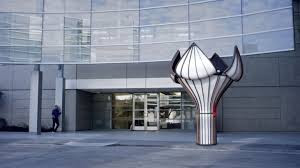 Matternet Station is a unique solution to the problem of delays and medical testing. It is an innovative use of technology that ensures fast and accurate medical tests play ensuring the safe delivery of biomaterials from one medical facility to another and it does this in such a way that the material in question remains safe and uncontaminated. It looks like a futuristic tower on top of which there’s a dome with petals on the roof and all the health worker has to do is place the biomaterial inside and seal the container.

After this, the drone carries it to another station where the material is safely analyzed and the results processed. In total, the matter net station weighs about two kilograms and can take samples up to 20 kilograms with no problems. This service has recently arrived in the USA after years of use in Switzerland and we can tell it would be an instant hit.
Advertisement 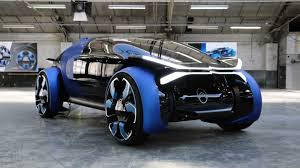 Inspired by the AMI one concept, the electric urban motility concept car. Citroen now presents the 19-19 concept of a new electric concept car that is innovative and comfortable. It features high-tech functions with a cutting-edge aerospace inspired design and was created with the aim of bringing absolute comfort to its riders.

It does this with the use of its smart suspension system, plush accessories, and a level for autonomous driving technology and a personal assistant that interacts with passengers. It can go from 0 to 100 kilometers in just 5 seconds and can achieve the top speeds of 200 kilometers an hour.

When you look at the Themis you are gazing at a shift in the world’s perception. Not just a mere vehicle, Themis represents a drastic change in the way we choose to transport ourselves moving on from large unwieldy vehicles to small and mobile cars. Design by Estonian company mil rim Themis is an acronym of tract hybrid modular infantry system and it is a truly awesome military robot guaranteed to blow your mind. Themis stands head and shoulders above its rivals because of its modular design as the base of this vehicle consists of two independent track units.

That is powered by an electric motor and it has a replaceable platform above the tracks. The second reason for themis superiority is the fact that it can be equipped with a flat platform to accommodate other vehicles or to escape wounded people from the war zone. This versatile vehicle can also serve as a storage compartment, mine-clearing device, or engineering or reconnaissance unit depending on the task at hand.

Take your self-defense game to the next level with the Munio keychain. This innovative device looks like a harmless colorful keychain at first glance. But it is actually a very useful tool for self-defense. It has spikes at the bottom which can cause pain when used on the human body but cannot actually penetrate the flesh giving you a painful but non-lethal approach to defending yourself. It is easy to use, easy to overlook.

The atomic bear pen, a versatile tool to make your life easier in every way. It is a tactical pen developed by the company atomic bear and it can be used to right, give you light in the dark or even save your life in a car crash with the use of an attachment that’s strong enough to break the glass.

This new Citroen AMI will blow your mind. Imagine all the things you hated about your car, picture them in your mind and then think of the car that doesn’t have these disadvantages that’s the Citroen AMI. This compact electric vehicle has been optimized for urban life and treads lightly on the environment with its electric engine.

The Citroen AMI is an original vehicle that can replace a scooter or even a bicycle chugging along at a respectable speed of 45 kilometers an hour and being able to travel up to 70 kilometers on a single charge. The Citroen can be plugged into any household outlet that will fully charge it in just three hours.